Very few movies stand out in my mind. They include the classics such as The Wizard of Oz and Grease. One of the more controversial movies that made it on my list of favourites would have to be A Time to Kill. Now, this movie may not be a classic as such, but the message in this film is very important, at least to me.
The film revolves around two white racists, who come across a 10-year-old black girl walking home one day from her local grocery store. They violently rape and beat her and dump her in a nearby river after a failed attempt to hang her. She survives, and this resulted in the men’s arrest.
The girl’s father then seeks out an easy-going white lawyer, but the lawyer informs him that the men will more likely be acquitted due to deep-seated racism in the town they live in, and the outcome of a similar case in which four white teenagers were acquitted of the rape of a black girl.
With the possibility of the rapists walking free, along with the anguish and anger the father was enduring, he waits for the rapists to walk out of the courthouse and opens fire. This results in their deaths. The girl’s father is arrested for their murders and the white lawyer agrees to provide him defence.
The trial begins amid much attention from the media and public, largely because of “the white lawyer” representing “the black man”, and because one of the murdered rapists brother, who is involved in the The Ku Klux Klan. The story then goes on to show many meaningless attacks from The Ku Klux Klan, targeting the white lawyer and his colleagues and family.
Out of options, the lawyer goes to see the accused in his jail cell and advises him to accept a lesser guilty plea. He refuses and rejects the lawyer’s notions of race and justice. The accused then tells him that he chose him to be his attorney because he is in fact his “enemy”, as the lawyer is white and was thus raised amid the same racial prejudices harboured by the jury members. The accused tells him to sway the jury by presenting to them whatever argument it would take to get the lawyer himself to vote for acquittal, were the lawyer a member of that jury.
The lawyers closing argument commences by telling the jury to close their eyes and listen to a story. He describes, in slow and painful detail, the rape of a young 10-year-old girl, mirroring the story of her rape. He then asks the jury, in his final comment, to “Now imagine she’s white.” This final burst of imagery challenges the very nature of the trial itself, raising the very real spectre – within the racist culture of the community in which the crime took place – would the actions of the girl’s father had not been called to question before the court of law, had the victim been white. Had it been so, it implies that the father’s motive in murdering the rapists would have appeared by the public as justified, and there would not have been any prosecution.
The argument the lawyer then makes is that if the jury can – at any time – be compelled to spare the life of a white man for a vengeful murder, and then they must be able to do the same for a black man.
My question is, in Australia are we guilty of Judicial Racism? Myself, I have never broken the law and had to deal with the court system in such a way, but if I had, will my punishment be the same as the next black or yellow person? Alternatively, would I be dealt with a touch of leniency because I am white?
My research shows there is clearly a widespread and long-running view that our judicial system is a problem. There is a renewed urgency to question every aspect of the operations of the criminal justice system given the majority of non-Australians in our prisons. It is little wonder that there remains concern about the issue of racism among judicial officers. It seems that the racist bug has infested even educated and respected people. Is there anything we can do about it? Maybe, the first step is to be aware…

To Inspire From Within

How Inspirational! I will read this every day!

Just something I had on my mind and in my heart I felt I needed to share. 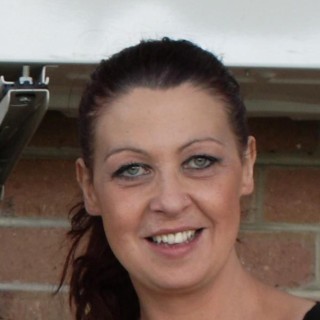 Welcome to my Blog! Before I jump into what I am all about, I will guarantee to all my readers that for every like I receive on my blog, I will return the honour and follow your blog! Now, about me; I am passionate about sharing knowledge and helping others on the topics of Health & Diet, Parenting & Motherhood and all facets of Self Improvement. I also touch on areas of Mental Health and Human Behaviour (being a sufferer of PTSD myself). Along with Technology and How To Articles. To break up the monotony of my blog I enjoy posting funny pics. If I can make someone smile at the other end, then my job is done. I am also a mother of two special little girls, Victoria 7 and Olivia Rose 3.